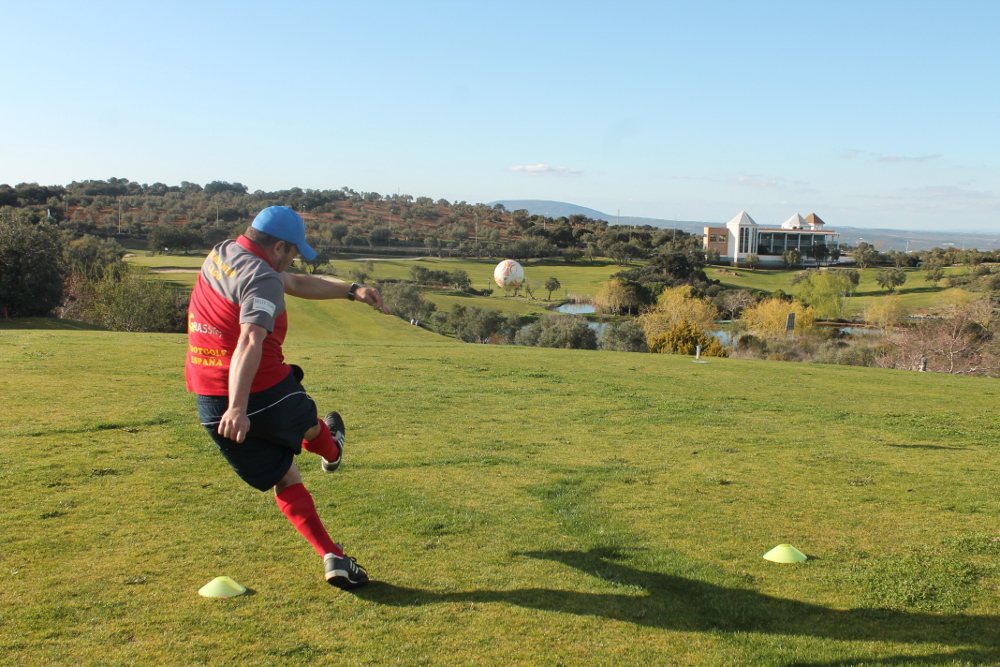 Javier Palacios, of FootGolf Andalucía, was the winner of the “Andalusian Open, 3rd Stage of the Andalucia Championship of FootGolf” .

Nearly fifty participants, from six nationalities, gathered on Sunday, April 8 at Antequera Golf facilities to take part in the third stage of the FootGolf 2018 Andalusian Championship, on a spectacular afternoon with a course of 18 holes in perfect conditions thanks to the magnificent maintenance that keeps the lawn with thanks to the rains and the excellent work done by the general direction of the field of Antequera Golf. 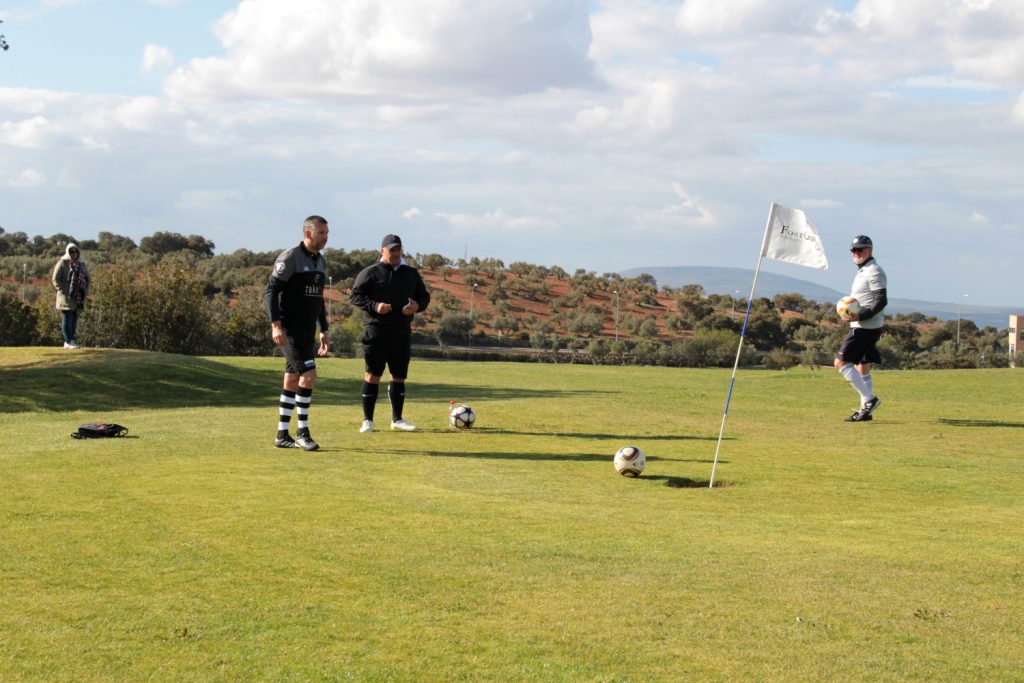 The triumph in the category of Men was for Javier Palacios, of FootGolf Andalucía, who presented a card of 61 strokes, ahead of the Portuguese Flavio Azenha (62 strokes) and the Spanish international belonging to FootGolf Sevilla, Carlos Moreno (63 strokes), who just won in the first national stage of the Championship of Spain, held last month in Salamanca and is a serious candidate to repeat the triumph at Sherry Golf Jerez, next days 21 and 22 April, in the second national stage. 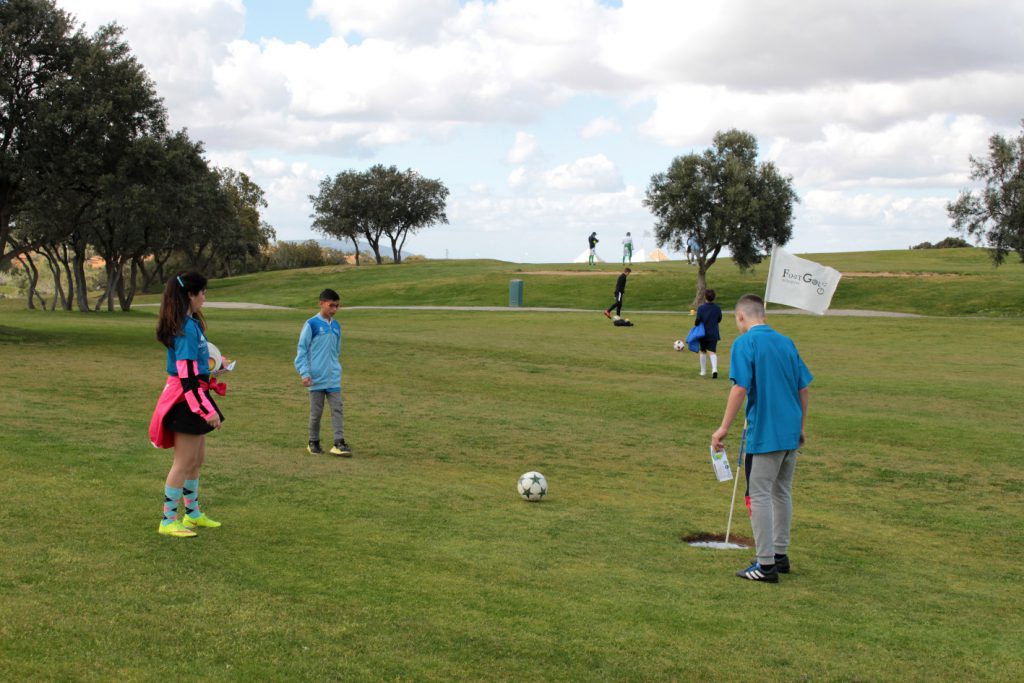 In the Senior category, the best part was for the Hungarian Robert Tajtyl, with 68 strokes, equaled with the Cadiz Fernando Roman, who also aspires to get the title of Champion of Spain this season to integrate the national team that represents us in the World Cup. Morocco, which is celebrated in the month of December in Marrakech. So much was the equality between the two that the Hungarian finished ahead by signing a stroke less than Roman in the last hole of the course. The third place in this category was for the president of the Andalusian Federation of FootGolf, Javier Rico, with 71 hits, three more than the co-leaders.
As for the juniors, the victory fell on the side of Akos Tajtyl (son of Robert) who shares his fondness for Footgolf with his incipient career as a footballer in the lower categories of Villarreal, where this family of Magyar athletes lives. Akos signed a spectacular 67 shots on his card (a score that made him finish in eighth position of all participants, with one stroke less than his father), while the Malaga player Juan Antonio Montes was second, with 72 impacts, closing the podium was the Cadiz Quique Caraballo, with 112. It must be said that Quique is only 9 years old, while his junior classmates already have 14, hence the size of this difference. 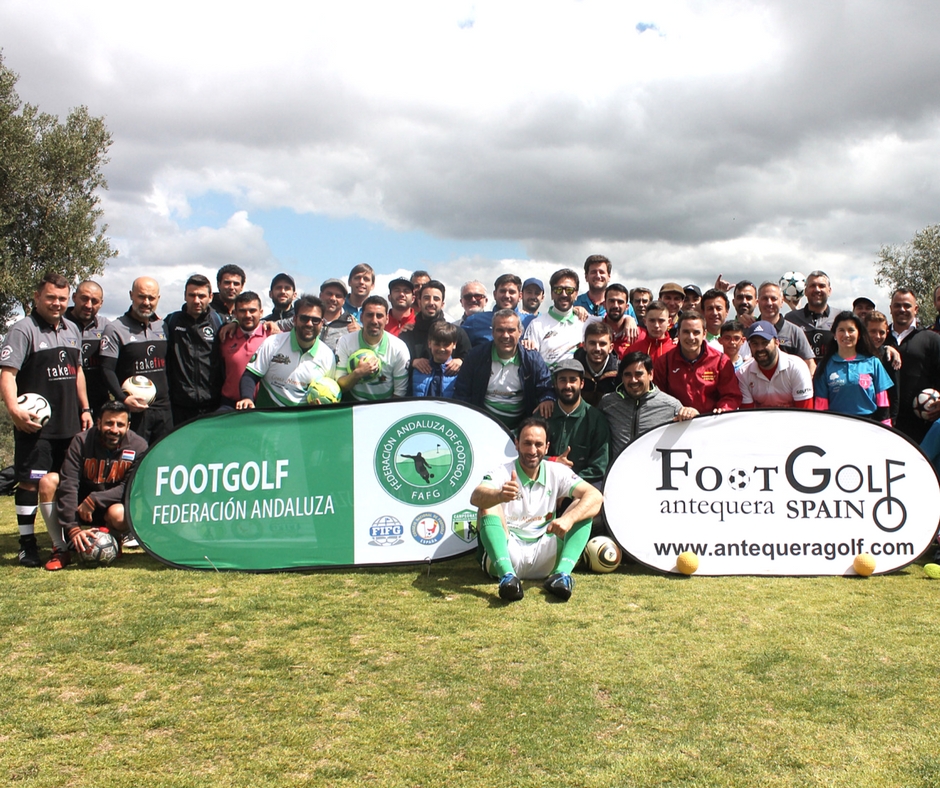 And to conclude, Mariela Fernández, the president of the FootGolf Andalucía Association, was proclaimed champion in her category of females, in which she was the sole representative.

At the end of the competition took place the awards ceremony, which was attended by Eugenia Galan, Councilor for Sports of the City of Antequera, as well as José Ramón Jiménez, representing Antequera Golf. Everyone had the opportunity to spend a few minutes during the cocktail offered by the management of the Antequera host camp, which aspires to repeat events of great significance, since the Malaga city seems to bet decidedly on FootGolf in the future. That and the great quality of its facilities, make this scenario can become one of the main references of the Spanish FootGolf in the imminent future.